As many of you know, we contracted a small U.K. company called Ocean Spark to create assets for Oath. They recently released a Youtube video defaming us because they stopped getting paid. We are going to explain everything in detail about this situation.

It all started after Ocean Spark created some grass models for Oath. We started to receive this error message in Unreal Engine: (click to enlarge)

Which basically means a file is missing because it wasn't submitted with the model that used that texture file. When asked about it, they were quick to submit the missing file: (click to enlarge)

You can see by the file name that the file submitted was indeed the file that was missing in the previous screenshot.

Everything went back to normal for awhile until we randomly stumbled upon this Unreal Marketplace asset: https://www.unrealengine.com/marketplace/en-US/slug/stylized-foliage-pack-01

As you can see in the file screenshots above, the path to the file is "Game/StylizedFoliagePack/...which is the same name as the marketplace asset! Take a look at the screenshots in that marketplace link and then compare them to the image below.

This is a screenshot from inside Oath which shows the grass they sold to us: (click to enlarge) 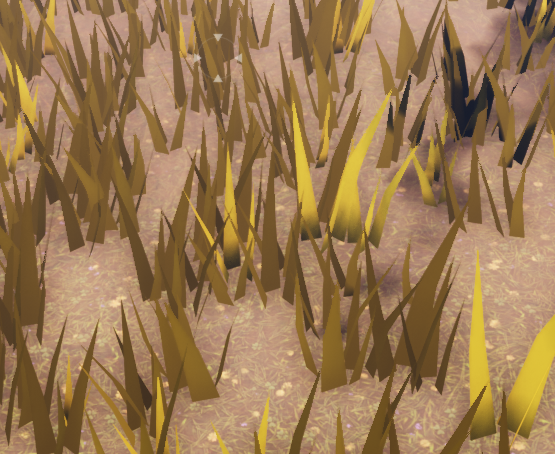 This raised a big red flag for us. We contracted out a company to make things for Oath, not to purchase them from other people and pass them off as unique to Oath. So we decided to do an audit of everything Ocean Spark has given us to see how many other times this happened.

During this period, we did indeed pause our payments to them because of course we are not going to pay them if all they do is buy from the marketplace and resell to us. We have paid them over $10,000 so far, we are not spending another dime on anything that isn't what our contract agreed upon. That is where we are at now, but they didn't want to wait and took the nuclear option, trying to get ahead of the story so they can shape it how they want.

While this wouldn't have been a deal breaker on it's own, according to the Unreal Marketplace FAQs/ToS it is not allowed to resell purchased content from the marketplace. This put us as a company in jeopardy as we technically would be using assets from the marketplace that we didn't legally own since Ocean Spark couldn't legally sell it to us. This could mean legal trouble for us and/or being barred from using Unreal Engine.

We understand that it can be scary spending money on a game that doesn't fully exist yet, and we can understand some peoples' caution. We do everything we can to make sure Oath is as great as we believe it can be. We are upset that Ocean Spark went this route because we really did like working with them. So what does this mean for the future of Oath? This won't stop us, and we still plan on having our gameplay video out this month. We have been working with another company who has already made us animations, and will now take on asset creation also.

If you have any questions or comments, our discord is always open.